I only managed to play two games this Millenniumcon, but both were good. Both also used the Tomorrow's War rules from Ambush Alley Games. I picked up the rule book last month and wanted to get as much play experience as Millenniumcon could offer me.

Micheal Scott Miller ran this scenario pitting the modern US Army against the Crusties in the ruins of Austin, Texas. The US Army was looking for a crashed helicopter and its VIP prisoners. The Crusties were looking for the data collected from two of their reconnaissance robots. Neither was leaving without a fight.

I joined the US Army team along with three other players. The US Army had eight fireteams supported by a medic, two machine gun teams, and a sniper team. They moved north from their deployment zone, looking for the crashed helicopter. Air support was available, but the Crusties air defenses were formidable. 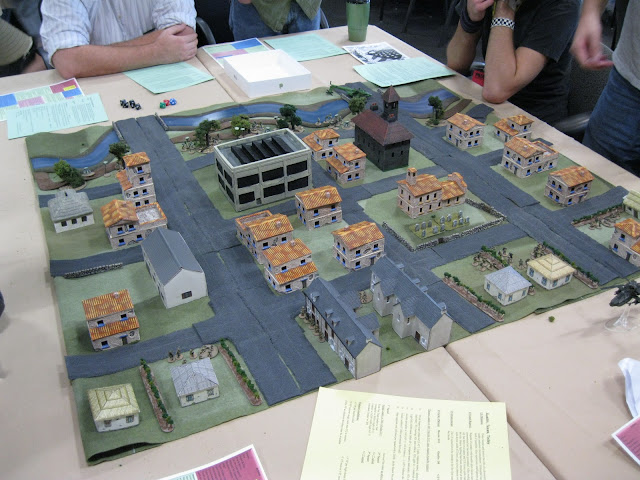 The Crusties also spread out, scanning or searching each building for their lost robotic assets. Both sides met in the middle of the table and spent much of the game exchanging fire from defensive positions. 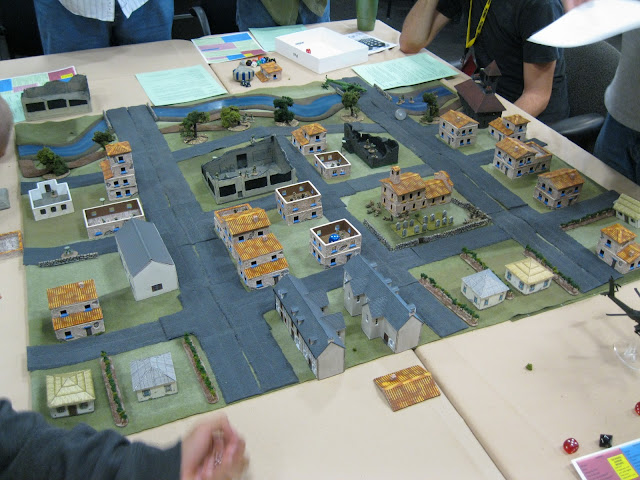 Casualties mounted on both sides until the Crusties charged into close combat with the US Army soldiers. The US Army's defense began to fall apart as their left flank collapsed and the Crusties just kept coming in. 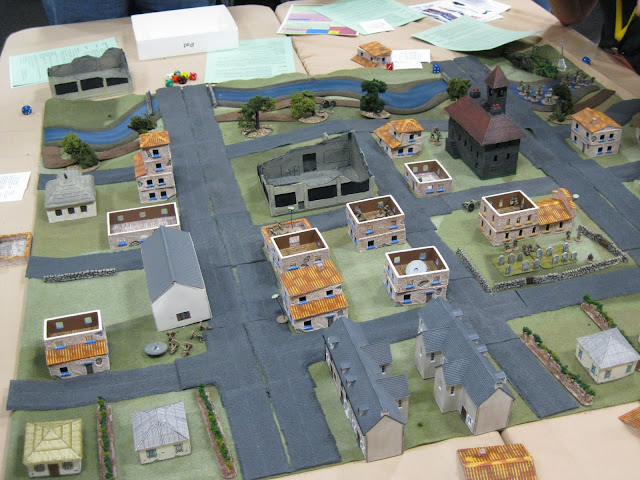 Ultimately, the Crusties were able to recover the data from their lost robots and inflict heavy losses on the US Army force.

Looking back, the US Army deployment could have been better - the left flank was too exposed and some units were out of position to support other units. It's hard to gauge the balance of the scenario, which was a work in progress. It felt "off" to me, but I can't put a finger on what exactly is wrong. Maybe move the scenario a little further into the future and give the US Army some higher-tech toys? Not sure.

Overall, I had a good time with Tomorrow's War and this scenario. Thanks to Micheal Scott Miller for putting this scenario together.