I've of two minds when it comes to mornings and events like Millenniumcon 14. On one hand, I don't care to miss out on morning events. It was something that I used to kick myself about when I was young enough to miss out on some sleep with no real effects. On the other hand, I kicked myself last year when I showed up early and crawled home exhausted from a full day of gaming.


So, I skipped the morning this year to sleep late, exercise, grab lunch, and show up both fed and rested.

Since I showed up with time to spare, I took a look around at some of the tables folks were setting up. Terrain building is tricky enough. Getting enough terrain for table and the playing surface itself transported and set up for a convention game is something that I'm not yet ready to try. Fortunately, people are usually happy to share some of their tips and tricks when asked politely.

First up is this table full of fantasy monsters. I'm not sure what game this dungeon / wilderness set up was for, but I'll have to keep an eye out for it next year. 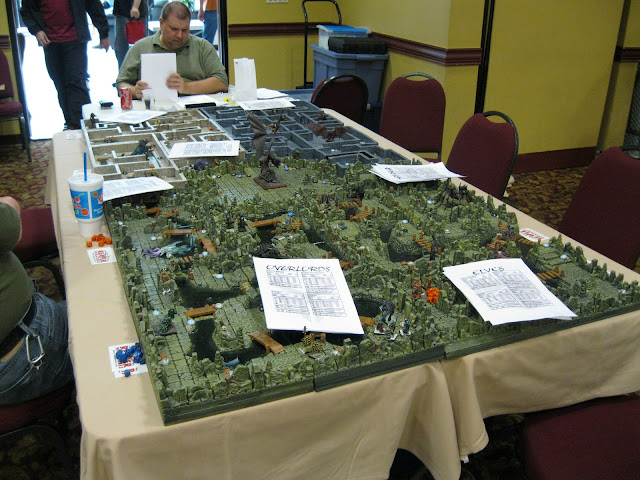 Next is this huge replica of Helm's Deep. The pictures don't do it justice. This is one I was hoping to try, but it filled up before I could get my registration in. Maybe next year. In the meantime, I wonder how the owner can spare the space to store it? 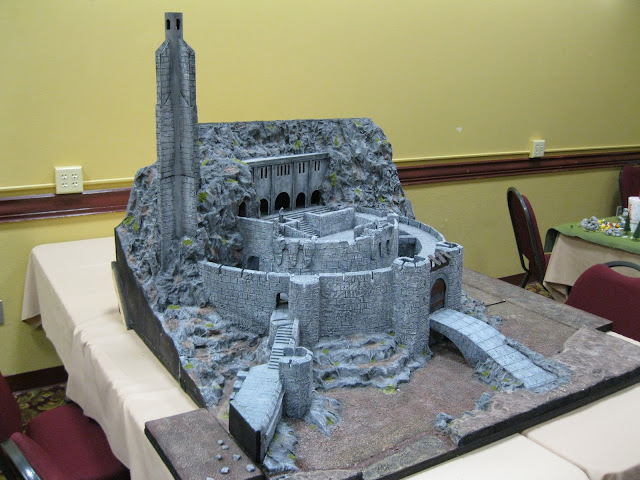 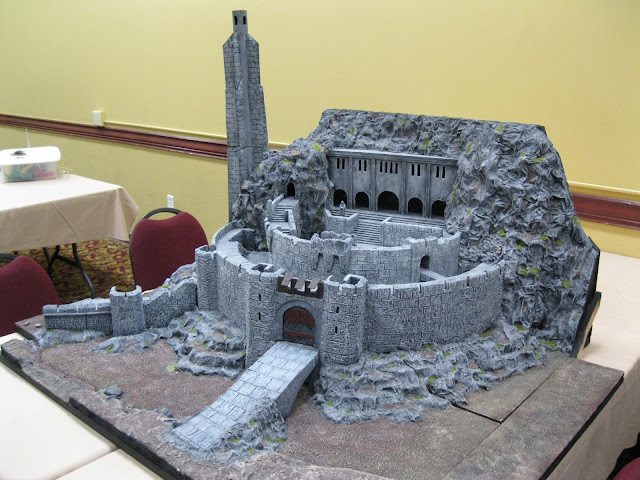 Below is an example of a first attempt that came out well. It was built by Howard Barasch for a Russian Civil War scenario and is still a work in progress The board was constructed of square expanded polystyrene foam boards laid out in a grid pattern. This let Howard expand the board over time instead of having to commit to completing it all at once. He plans on adding some trench sections later. 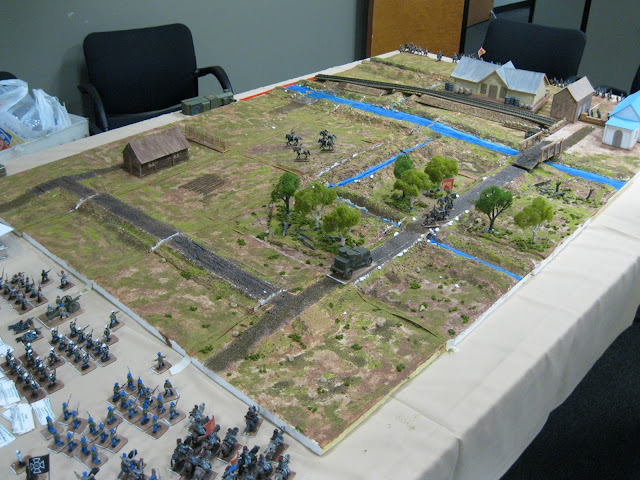 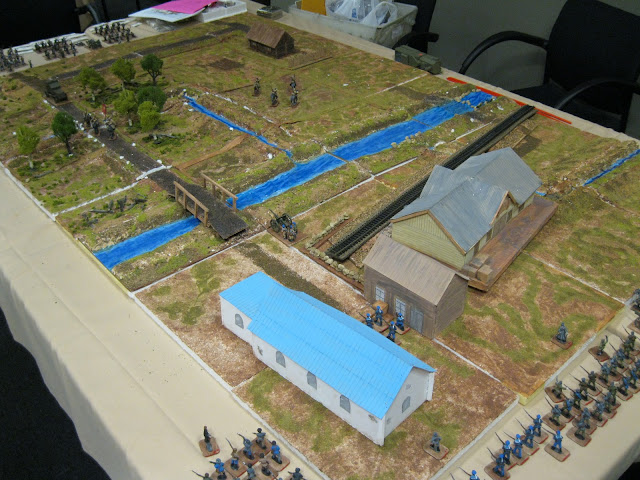 Last is something I've never run across. The board below is constructed from interlocking play mats. It makes sense - the stuff is durable enough to resist the worst that a bunch of kids can do to it. It bends without breaking, which is a weakness of insulation foam. And it's lighter than MDF or other wood boards. Plus it breaks down for easy transport and storage. 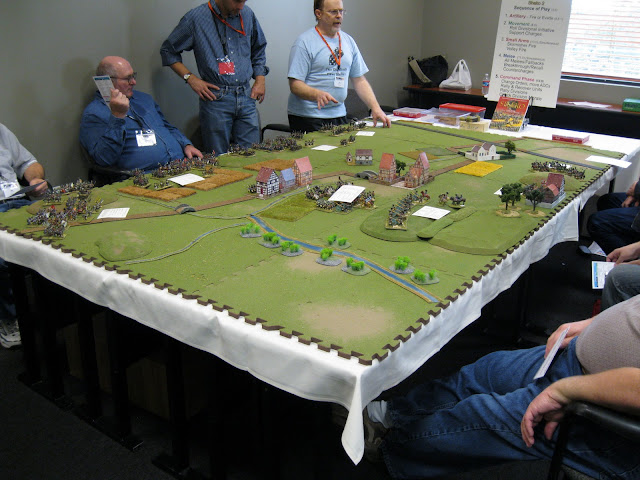 Next: A Tomorrow's War After Action Report.
Posted by RFord at 5:13 PM
Labels: Millenniumcon, terrain